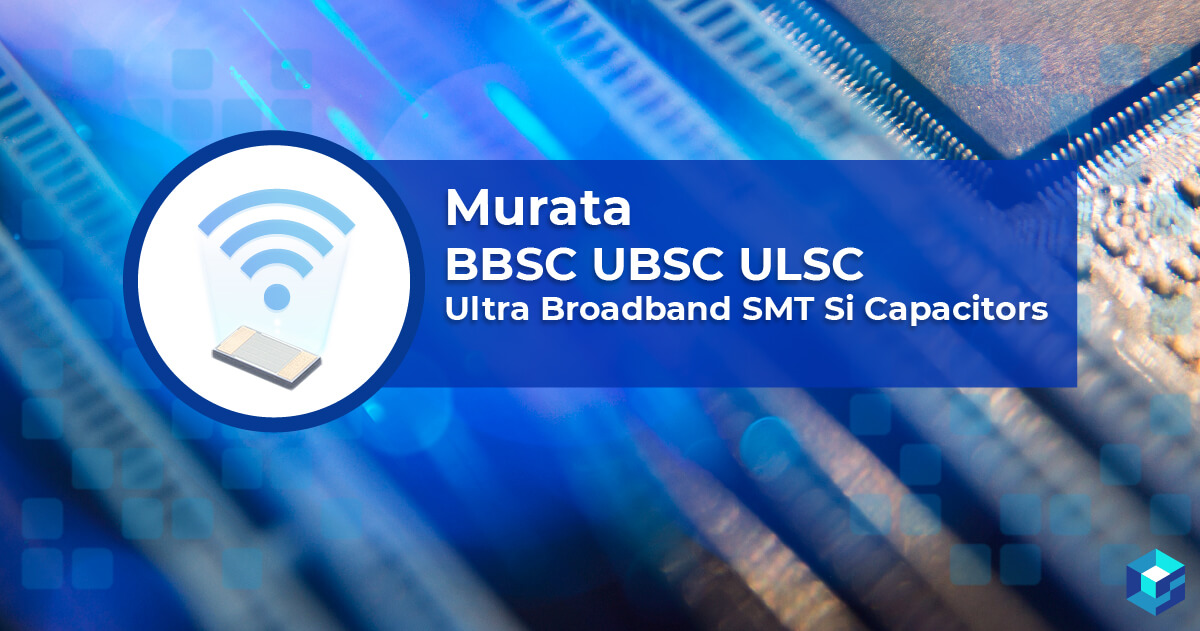 Cisco reports daily global internet traffic will average 194.4 exabytes per month in 2020, a 168 percent increase from 2015. As the online population continues to grow, the rate of traffic will only rise.Accordingly, high-speed internet providers will need dependable and durable components to maintain their networks. Murata Manufacturing’s BBSC/UBSC/ULSCUltra-Broadband SMT Si Capacitors are designed to handle high-level traffic reliable in a variety of different conditions.

The BBSC/UBSC/ULSC Ultra-Broadband SMT Si Capacitors also possess robust phase stability. The BBSC deep trench silicon capacitors offer broadband performance up to 40 GHz, the UBSC up to 67 GHz, and the ULSC maxes out at 20 GHz.

Furthermore, Murata developed these components via a MOS semiconductor process, so they have a high degree of reliability. The BBSC/UBSC/ULSC series have high capacitance value with regard to voltage, temperature, and age. The capacitors can handle overvoltage of 0.1 percent/V, heat up to 60 ppm/K, and ageless than 0.00 percent over 1,000 hours.

The BBSC/UBSC/ULSC series also possess the ability to operate in a wide range of temperatures. Murata cured its deep trench silicon capacitors at over 900°C, so they can consistently function at -55°C to +150°C. In addition, the firm’s components are JEDEC and RoHS compliant and are available with ENIG terminations or lead-free prebumping, case size depending.

Murata produced its BBSC/UBSC/ULSC series silicon capacitors with an eye toward high-speed internet systems. As the components are highly reliable,durable, and have strong phase shift stability, their ideal for use in fiber-optic networks. Besides, they can fulfill synchronous optical networking(SONET), receive and transmit optical sub assembly (ROSA/TOSA), and trends impedance amplifier needs.

Also, Murata’s components can support the function of microwave/millimeter-wave equipment because their residence redesign provides ultra low group delay variation. As wireless carriers around the world are in the process of deploying fifth-generation mobile data networks, the BBSC/UBSC/ULSC series can be utilized in 5G gear.

The firm’s silicon capacitors also have application in broadband test equipment, high-speed digital logic circuits, and as replacements for X7R and NP0 capacitors.