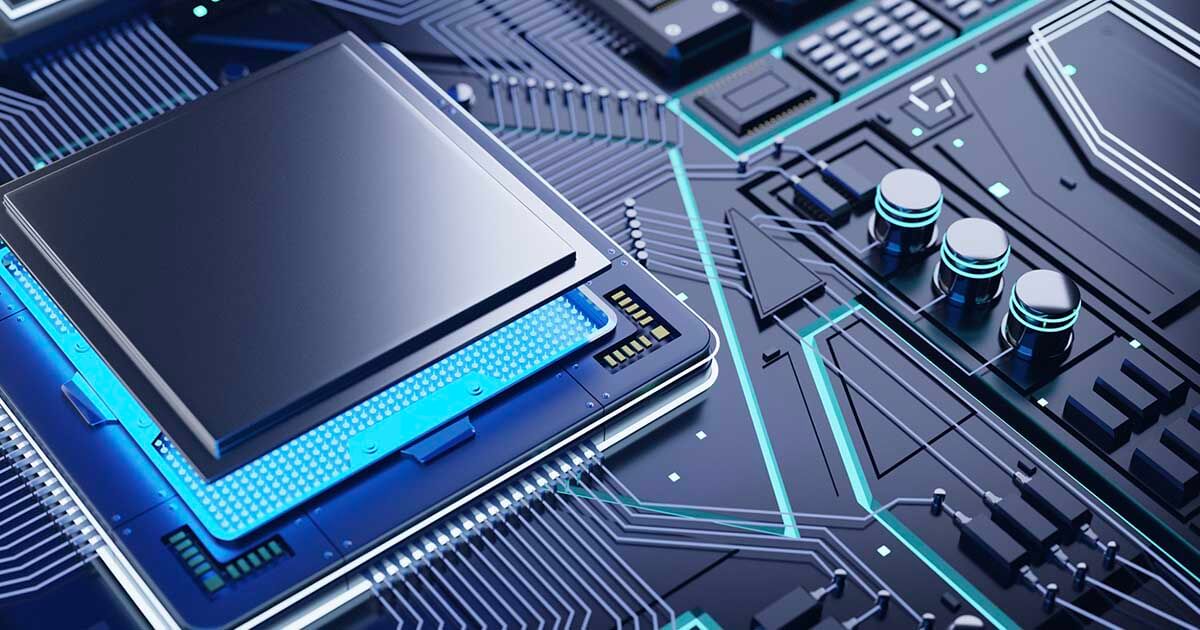 The global semiconductor industry is in a difficult place as 2021 draws to a close. The field has been coping with a chip shortage since late 2020 that has disrupted end-market manufacturing operations across dozens of segments. Market analysts estimate the bottleneck will cost the automotive sector alone $210 billion this year.

Moreover, leading chipmaking executives and insiders believe the component crunch will persist throughout into 2023.

That said, the sector offers enough visibility to create credible long-term forecasts for the industry. Here’s a look at some industrywide developments that OEMs, CMs, and EMS providers will encounter in 2022.

The Chip Crunch Should Ease Up in 2H22

The consensus among leading chipmakers is that the global parts shortage will continue undercutting their output until 2023. Because interest in electronic devices and equipment skyrocketed in the aftermath of the coronavirus pandemic, the current level of production capacity is insufficient. That said, multiple component company executives believe that the bottleneck will ease up in the second half of 2022.

Qualcomm CEO Cristiano Amon recently said that his corporation should meaningfully resolve its supply chain problems in late December. He also commented that the company would have sufficient capacity to meet demand in the last six months of next year. Goldman Sachs analysts Rod Hall agreed, noting its production issues will move “into the rear view” by then.

Similarly, AMD CEO Dr. Lisa Su forecast that supplies of her company’s products will remain “tight” in the first half of 2022. But she predicted that the widespread unavailability of its portfolio would become “less severe” in 2H22.

Qualcomm and AMD made deals with GlobalFoundries to secure production space for their respective items earlier this year.

Furthermore, Samsung, the world’s leading memory module maker, expects its component shipments to increase by the middle of 2022. Han Jin-man, head of the conglomerate’s memory division, explained its outlook is positive due to a recent change in supply chain management.

Arm Holdings CEO Simon Segars opined that the semiconductor industry’s multibillion-dollar investments in building new fabs and production lines in response to the crisis would bolster availability near 2023. It is also worth noting that 19 plants with mass production capability began construction in 2021.

Although the chip shortage is far from over, it should be much less severe by next summer.

Automotive Components Will Be More Expensive

In early November, DigiTimes reported that the automotive components segment would be a seller’s market in the first half of 2022. The publication projected that demand for microcontroller units (MCUs) and power management integrated circuits (PIMCs) would remain robust worldwide. In response, providers are moving quickly to take advantage of the situation.

Because of that trend, DigiTimes sees higher across-the-board prices for vehicle parts starting next year.

It remarked that auto component makers intend to raise their prices by 10 to 20 percent. The website indicated the increase is partially driven by a recent scarcity of key raw materials. At present, chipmakers are struggling to procure adequate quantities of copper, gold, oil, and silicon wafers.

The Chinese government’s recent power usage curbs began exacerbating the shortfall of semiconductor material at the start of the fourth quarter.

Consequently, buyers should expect to pay more for products made by NXP Semiconductors, Renesas Electronics, Texas Instruments, and other vendors in early 2022.

Another factor that is contributing to rising automotive component costs is a surge in foundry service provider pricing. Currently, many top manufacturers outsource their production to minimize overhead costs and take advantage of advanced no development. However, firms employing that strategy can be stung by sudden cost spikes unless they book fabrication space ahead of time.

Recently, chipmakers that are partnered with Taiwanese foundries have been dealing with that problem head-on.

Theoretically, a market correction for automotive component prices could occur by midyear as more fabs go online. But foundries have little incentive to cut their fees amid intense end-market demand and requests for long-term capacity contracts. As such, manufacturers would be best served by fortifying their inventories before 2021 ends.

Moving to the flash memory segment, industry insiders anticipate DRAM and NAND prices will decrease in 2022. However, they also forecast availability will become a bigger problem for specific products.

TrendForce, a market research firm, believes the fallout to an underwhelming Christmas will put pressure on NAND and DRAM vendors next year. DigiTimes concurred, forecasting a decrease in bit pricing in the first three months of 2022. TeamGroup, a memory and storage manufacturer, projects contract DRAM prices will dip in Q4 2021 and continue sliding through 2H22.

Despite the downward pricing trajectory of the most popular flash memory products, availability constraints look to be an issue in the second half of next year.

Plus, as fabless chipmakers make supply deals with their foundry partners for NOR modules, the product type will become less accessible for small and midsize operators.

In addition to flash memory modules, insiders suspect networking and server supplies will be constrained in 2022.

Like their contemporaries, server component manufacturers with factories in China experienced a drop in productivity in the fourth quarter. Currently grappling with a 20 to 30 percent supply-demand gap, PCB makers expect to burn through inventory stockpiles in 1H22. Subsequently, the providers anticipate being unable to meet their customer’s needs in the second half. Wiwynn, a server rack corporation, also predicts the shortfall will disrupt its operations through the first quarter.

Wistron NeWeb, a communications equipment concern, stated tightness for MOSFETs, Wi-Fi components, and PMICs is undercutting its fulfillment capabilities. The firm estimates demand for those items exceeds available supply by 20 percent at present. However, it believes the bottleneck will ease up sometime next spring.

Arcadyan Technology Corporation, a WLAN products distributor, has unfilled orders pilling up due to the shortage. It is currently grappling with 50-week lead times for supplies, up from 32 to 36 weeks in 2020. But it should be able to catch up by mid-2022 as components it needs become more readily available.

For manufacturers, workers, and consumers, the last few years have been a period defined by uncertainty and frustration. But for criminals, the coronavirus pandemic and the global chip shortage have represented an incomparable opportunity to commit fraud. As OEMs, CMs, and EMS providers struggled to keep their factories open, counterfeiters moved to offer them fake electronic components.

This summer, Ars Technica reported that industry insiders saw an uptick in bogus parts moving into the global supply chain. The publication attributed the development to companies abandoning their normal vendor verification policies out of desperation. As a result, firms paid large sums of money to acquire deceptively packaged microelectronics and repurposed scrap.

Steve Calabria, the founder of the Independent Distributors of Electronics Association (IDEA), warned that recent market shocks cultivated favorable conditions for fraudsters. He described an emerging trend of new distributors popping up to offer hard-to-find items to exploit manufacturers. These bad actors have bilked firms out of large sums of money for semiconductors they do not possess.

ERAI reported that one bad actor defrauded multiple businesses out of over $100,000 with false component listings.

Additionally, Forbes published an article detailing the hazards of acquiring microelectronics through the grey market in August. The story discussed an EMS company that received a shipment of SSDs with fake packaging from an indirect supplier. Though the products ended up being functional, the firm launched an investigation into the vendor’s legitimacy following the event.

Supply incidents like that not only cost businesses money but time in a highly competitive marketplace.

Manufacturers must change their methods as the global chip shortage will last for at least two more years. Until the supply-demand deficit is corrected, component availability and pricing will remain volatile. Depending entirely upon factory direct shipments is no longer feasible. Simultaneously, more criminal counterfeiters will try to infiltrate the industry by preying on unwary buyers in 2022.

Given the challenges on the horizon in 2022, manufacturers should make partnerships with trustworthy providers sooner rather than later.