Why Are Automotive Components Still Scarce if the Chip Glut is Here?

Why Are Automotive Components Still Scarce if the Chip Glut is Here? 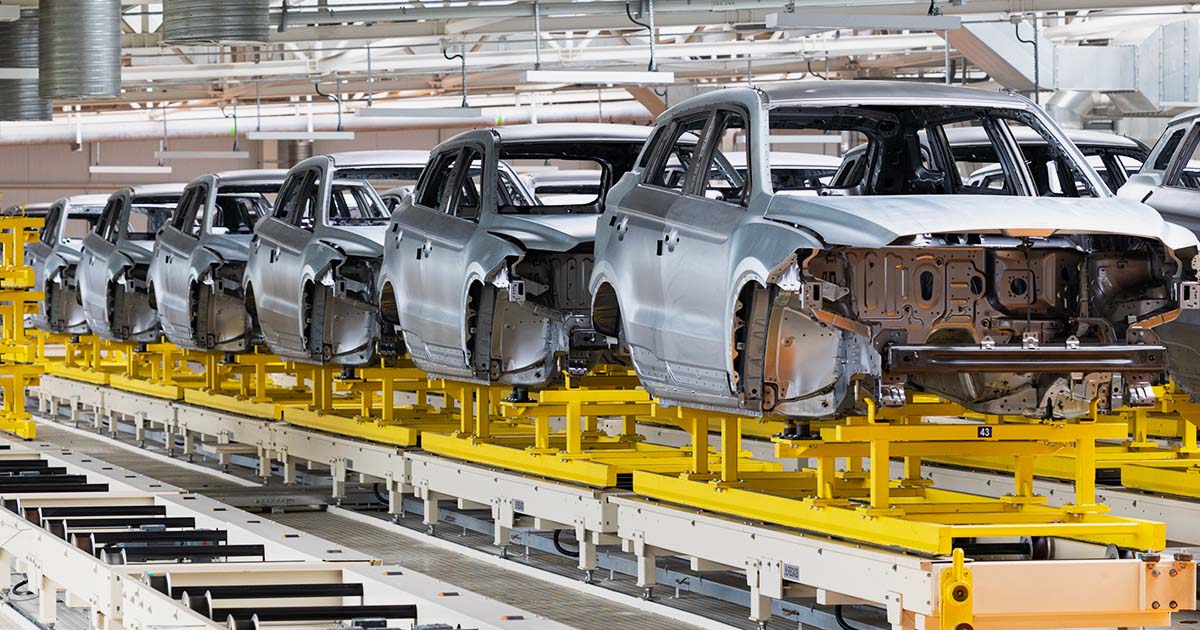 The semiconductor industry is facing a glut of excess stock, an idea that seemed impossible during the 2020-2022 chip shortage. Not only are we seeing excess stock starting, but it is also climbing at a breakneck pace. Manufacturers are suffering from six months worth of stockpiles.

And yet, while the industry struggles to cut down production before this monster spirals out of control any further, automakers can’t get enough to keep production running.

Why the mismatch? If the industry has excess, why aren’t those chips directed to industries that need them? Cutting chip production seems paradoxical if automakers are consistently running out of chips. Not all semiconductors are alike, that’s true, but there are still components that crossover between auto and chipmakers. If there are some components that can be used, why stop production?

Let’s start by comparing phones and cars. To make this comparison a little more detailed, let’s specify the phone and use the Apple iPhone 14, released September 16, 2022. Let’s use the 2022 Volkswagen Tiguan for cars, which came out in late Q3 2021. When comparing the differences, almost all of them are obvious.

Let’s start with the glaring unlikeness. Phones and cars are two very different items. Phones are small, pocket-sized electronics used by almost everyone on the globe ranging in price from low $100s to over $1000 depending on brand and features. Cars are massive machines for personal transportation that not everyone owns. A car can cost up to tens of thousands. Another noticeable difference is how many chips are necessary to complete a phone versus a vehicle.

Another big difference between the two, and most consumer electronics compared to vehicles or industrial equipment, is the timeframe. The iPhone 14 went to market only a few months ago. Then in December, Apple’s iPhone 15 made headlines. Apple has been releasing new phones for years. This year is no exception. So does Volkswagen. New car models for the upcoming year, such as the luxury Arteon and electric 1D.4, are already out.

So, what’s the difference? Why is the auto industry struggling if the only difference between automobiles and phones is the machines themselves and the price point if everything else, from new model releases to chip necessity, is the same? Why can’t chipmakers reroute orders to struggling automakers if smartphone electronic manufacturers made promotional cuts to digest inventory during 2022’s holiday shopping season?

The chips are different.

Personal electronics, such as phones, computers, Wi-Fi routers, and others, use far more advanced chips than many traditional gasoline-powered vehicles. Electric vehicles (EVs) use a combination of older legacy and advanced chips for innovative features and other electric mobility equipment. But most cars today need legacy chips to function. These chips are primarily identifiable by size. Legacy chips are around 45nm to 90nm. The name comes from the fact that years ago, they used to be leading-edge chips before more advanced semiconductors were produced.

These new advanced semiconductors are small, 3nm and 5nm, with original component manufacturers (OCMs) only consistently improving existing technology and making them smaller. So why haven’t automakers adapted to this change? Why are cars still running on older chips when faster, smaller ones exist?

It boils down to one crucial point; cost.

Cost for everyone from OCMs to OEMs to consumers. Cars are expensive, far more than any personal electronic, no matter what brand or included features. While the price is nothing to scoff at, they are easier to replace than a car. Unlike Apple iPhones, consumers can’t buy a new car yearly with each release. Automakers and OCMs know this. Most consumers buy a car hoping it will last them years, if not over a decade. Phones do not have the same lifespan, nor do most other consumer electronics.

Chip capacity, what kind of chips an OCM dedicates production to, costs money for raw materials, shipping, and more. Most chips bought every year globally are dominated by consumer electronics, not the automotive industry. While cars use a massive number of semiconductors depending on the vehicle, anywhere from 1000 to 3000 chips per car, the amount of stock automotive OEMs purchase from OCMs is far less than consumer electronics OEMs orders. If the biggest buyer of components is consumer electronics OEMs, the profit from their orders offsets capacity costs making them more attractive.

For many OCMs, increasing automotive component capacity meant buying and supporting older chip-making equipment to increase production for a client that doesn’t buy nearly as much to offset increased capacity costs. So OCMs didn’t. Cost is the same reason OEMs haven’t upgraded to advanced chip nodes.

Most advanced chips have a shorter lifespan than legacy chips. While they provide cutting-edge features, enhanced graphics, applications, and 5G connectivity, they only last for a while. They deteriorate faster than older legacy chips because consumer electronics OEMs are always looking to improve their products year after year. So why build a chip meant to last a decade if it will be replaced by an enhanced semiconductor a year later?

Redesigning takes time, and on top of that, too does the process of having new redesigns passes audits for certification, both of which add costs. This is why the current situation boils down to cost being the main driver of the current predicament. It is not the sole reason the automotive chip shortage is occurring, but it sets the stage for the nail in the coffin.

When Will the Auto Chip Shortage End?

The automotive chip shortage is unlikely to resolve by 2023. McKinsey and Company assessed the current supply-demand imbalance will last until 2025. If further disruptions occur, then 2030.

One of the most significant and recent disruptions that has taken a toll on the shortage has been the U.S. sanctions on China. While China isn’t known, particularly for its advanced chip stockpiles, China is one of the largest exporters of old legacy chips. The same chips automakers need. When sanctions began, some automakers, including Nio Inc. and BYD Co., turned to the gray market to quickly source the necessary chips. Other automakers like Volkswagen and Toyota have accepted further production stalls over the next year.

If cost was a concern before, it's a significant concern now. 90nm chips are selling for over 500 times the original price. Average selling prices for other components, like sensors, have increased by 11%. Vehicle demand is not dropping, so automotive OEMs must pay great costs to meet it.

As odd as it sounds, the chip glut is helping curb the automotive shortage faster.

Some types of excess component stock can be implemented into automotive applications. OEMs and OCMs with excess inventory can quickly sell it to automotive OEMs at a discounted price, making it more cost-effective in the long run. Chipmakers from across the board, including Samsung Electronics and SK Hynix, large memory chip makers, and Yageo, a passive component OCM, are shifting priorities from consumer electronics to automotive components. With inflationary costs and deteriorating demand for smart devices, these chipmakers are raising automotive component capacity at their factories to take advantage of high automotive demand, especially in the EV sector.

It will still take time to catch up to the high demand plaguing the industry, but, likely, the more OCMs start increasing automotive capacity and the further consumer demand drops, it will balance faster. Automotive orders are unlikely to dip soon, in contrast, as high as they are currently.

How to Prevent the Auto Chip Shortage from Happening Again

Collaboration is one of the most overlooked solutions to prevent future challenges. Not being transparent, sharing costs, and working together synergistically for the greater good of either manufacturer, OCMs and OEMs are suffering harder from the shortage. The start of the shortage saw the cancellation of just-in-time orders (the most common way automotive OEMs order stock) in droves, overwhelming OCMs during the Covid-19 pandemic lockdowns.

Once demand started shooting back up, JIT orders were no longer an option, and, as a result of getting burned, automotive OEMs had to wait behind dozens of other industry OEMs to get an order of components. In the meantime, lead times only continued to grow. The lack of transparency in the market failed both OCMs and automotive OEMs. Traditional ways of doing things worsened the automotive chip shortage to where it currently stands.

But here comes the silver lining, OCMs and automotive OEMs are doing what they can to prevent a future shortage of this size. By sharing costs and investing in new processes, OCMs are getting help to increase automotive chip capacity, and automotive OEMs are getting assured a steady source of chips. Volkswagen is partnering with STMicroelectronics and TSMC to develop new semiconductors in response to the shortage. Other automakers including Tesla and Toyota are doing the same with other chipmakers.

Smaller OEMs are a little more limited in their options, but several solutions ensure greater shortage prevention and monitoring. Using market intelligence tools that provide a comprehensive and in-depth review of component risk and market availability can help keep you aware of future fluctuations and how to strategize. Another is using a global, digital electronic marketplace with a team of experts to help source much-needed components without hassle.

There are many worthwhile solutions to prevent such a shortage from reoccurring. As it stands, OCMs and OEMs are doing what they can to keep the shortage from continuing. If it keeps up, the wait will be shorter than we think.

5 Automotive Industry Trends to Watch in 2023