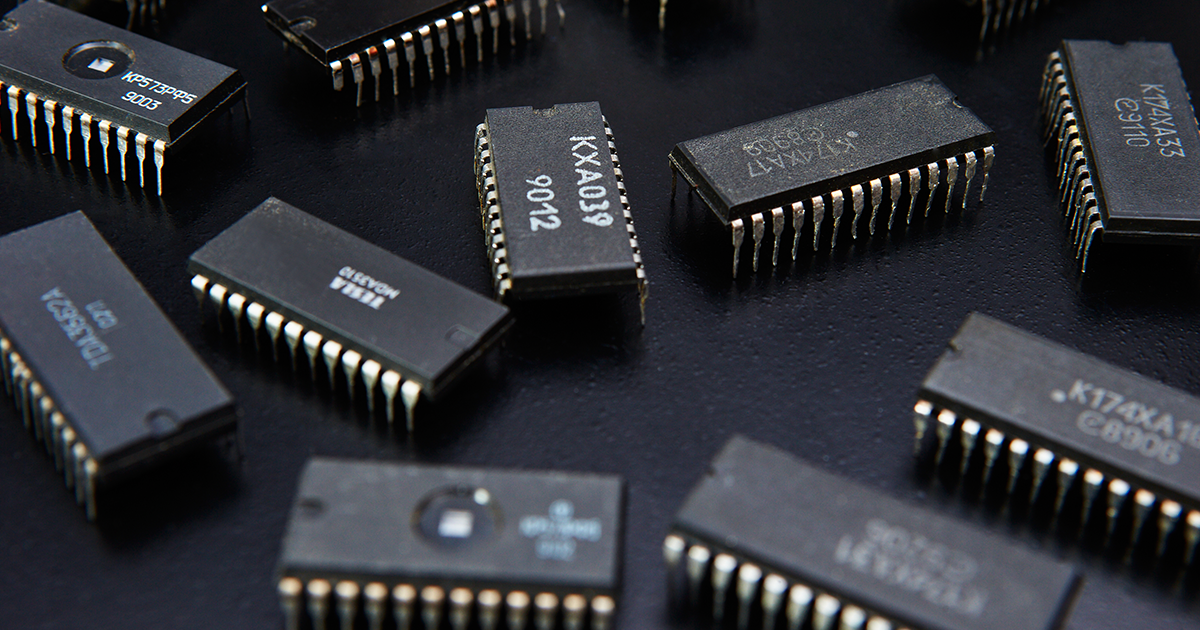 Semiconductor Engineering recently published an article outlining how the global chip crisis affects parts made with mature manufacturing processes. The publication argues supply constraints on components that utilize older nodes will continue into the second half of 2022.

Moreover, DigiTimes reported that multiple Taiwanese foundries are running their lagging and trailing-end production lines at full utilization. It further indicated that the region’s contract chipmakers expect their mature node production lines will be running at capacity until the middle of next year.

In response to the worldwide bottleneck, semiconductor companies will begin construction on 19 new fabs this year and 10 more in 2022. However, most of those factories will be geared toward producing leading-edge chips for emerging technology sectors.

Why Mature Node Capacity is in Such High Demand

For consumers, demand for electronics is largely driven by advances in technology that allow for greater performance and functionality. For example, Apple has had massive success marketing its new smartphones and computers on the strength of their next-generation 5nm CPUs. But older components still play a foundational role in the fabrication of popular electronic devices and systems.

Currently, carmakers utilize 32-bit MCUs made with older 28nm, 40nm, 65nm, 90nm, and 160nm processes to build their personal transports. Because of a sharp increase in demand for cars, trucks, and SUVs in 2021, purchases of those components have risen 400 percent year-over-year. That end-market development also resulted in pricing increases for MCUs every quarter since the second half of 2020. In particular, 32-bit MCUs have become 20 percent more expensive since last year.

Moreover, many automotive electronic parts have specific characteristics that make them unsuitable for applications in other sectors. As a result, foundry service providers and chipmakers have a greater incentive to make more flexible microelectronics for other segments.

Despite the intense demand for mature node products, the semiconductor industry is taking advantage of other opportunities.

Why Semiconductor Industry Is Not Prioritizing Mature Node Capacity

The microelectronics sector’s leading foundries and manufacturers are not prioritizing lagging and trailing edge production capacity because it is not as profitable.

Taiwan Semiconductor Manufacturing Company (TSMC) is the world’s largest contract chipmaker by revenue, earning $45.51 billion in revenue last year. It reportedly makes most of its money fabricating Apple’s silicon, but it also supports the industry’s top automotive component suppliers. But based on its income mix, TSMC generates more profit from its advanced nodes than mature processes.

In Q1 2021, the corporation’s 7nm and 5nm production lines, its most advanced manufacturing technologies, accounted for 49 percent of its sales. The firm is reportedly working with Intel and Apple to develop products using its bleeding-edge 3nm node. It is working on expanding its mature chip fabrication resources, but its long-term strategy involves winning the business of forward-looking providers.

Samsung, the world’s second-largest foundry, and Intel, the planet’s top IDM, are also focusing on future-proofing their businesses.

SEMI President Ajit Manocha told Electronics Weekly that the 29 fabs presently under construction or entering construction next year will be equipped with $140 billion worth of manufacturing tools to address various emerging markets. The executive noted the industry players want to make products with 5G/6G, autonomous vehicle, and high-performance computing applications.

IHS Markit noted that the industrywide drive to upgrade production capacity contributes to the recent acceleration of component obsolescence.

That said, the industry has not become entirely dedicated to pursuing tomorrow's technological possibilities.

GlobalFoundries, the sector’s top feature semiconductor manufacturer, broke ground on a $4 billion, 300mm fab in June. Once fully operational in 2023, the Singapore-based facility will produce 450,000 silicon wafers per year. It is also in the process of building out its lagging-edge factories in Germany and the United States.

Ultimately, chips made using mature nodes will become more accessible, and their pricing will stabilize. But the microelectronics industries’ biggest participants are focused on building the future, not serving the present. For that reason, OEMs, CMs, and EMS providers can best adjust to the contemporary landscape by forging relationships with trustworthy global facilitators.