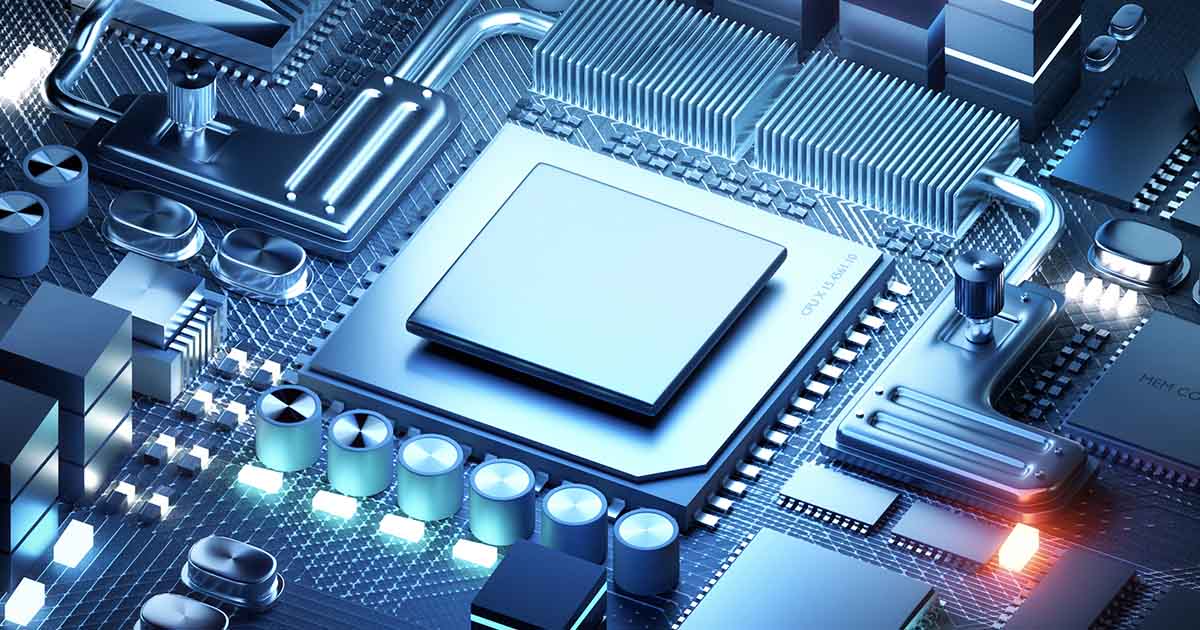 Editor's Note: This post was originally published in January 2021 and has been updated for accuracy.

In early 2021, reports emerged that surging demand for new automobiles prompted an industry-wide semiconductor production shortage. Since then, the situation has been exacerbated by a shortage of raw materials used in making components. As a consequence, motor vehicle production has become severely disrupted, and component procurement has become more expensive.

Because the shortage has spread to multiple sectors, original equipment manufacturers (OEMs) should expect across the board pricing volatility, extended lead times, and stock-outs in the near future.

Here’s a closer examination of the raw materials shortfall, the circumstances that caused it, and its expected duration.

Not Enough ABF and Glass Substrate to Go Around

Manufacturers will feel the effects of reduced availability for Ajinomoto Build-up Film (ABF) and glass substrates in 2021.

Last year, manufacturers ramped up their output of central processing units (CPUs), graphics processing units (GPUs), and computer peripherals to meet consumer demand. Because of the coronavirus pandemic, employees and students needed to upgrade their hardware to work and learn from home. This trend led to significant growth in the personal computer market, but it also caused a shortage in ABF substrate.

At one point, orders for the insulation material exceeded the available supply by 20 percent, which generated widespread pricing volatility.

DigiTimes expects ongoing end-market demand for high-performance GPUs and CPUs, coupled with ongoing 5G buildouts, to increase ABF prices by 15 to 20 percent this year. Since analysts expect consumer computer purchases to remain high until 2022, ABF quantities will remain constricted and expensive into 2023.

The news organization also noted LG Electronics, AU Optronics, and Innolux Corporation are grappling with a glass substrate shortage. Consumer hunger for new televisions and computer monitors, which feature liquid crystal display (LCD) panels, have fostered a supply scarcity. DigiTimes predicts the problem could drive glass substrate prices up by as much as 70 percent this year.

The coronavirus pandemic and higher-than-expected demand for new hardware fostered conditions for a shortage of crucial printed circuit board (PCB) raw materials.

As a result, prices and lead times for heavy copper foils used in PCBs have increased.

In addition, many governments plan to enact laws banning the sale of new gas-powered vehicles in the next decade. That development will fuel EV sales, which will, in turn, constrain availability for lightweight copper foils.

Similarly, the automotive sector has had increased demand for aluminum as it is used to make vehicle lighting systems. That will be a problem for PCB manufacturers as the material is needed to fabricate insulated metal substrates (IMS) and metal-backed printed circuit boards (MPC).

Market insiders forecast the electrification trend will make PCB sourcing harder and more costly for into the 2030s.

Even with wafer foundries working at full percent capacity, those three factors introduced disruption to the global component sector.

OEMs should anticipate the wafer crunch to raise analog IC prices by at least 20 percent this year.

After COVID-19 hit, demand for vehicles plummeted worldwide, which led to carmakers and chipmakers canceling their part orders. Simultaneously, interest in smartphones, video game consoles, computers, and smart TVs skyrocketed as the world adjusted the post-pandemic “new normal.” Consequently, contract foundries could not address the demand for automotive parts as their production lines were busy making consumer electronic parts.

The lack of adequate capacity eventually grew into a chip bottleneck that had a major impact on the vehicle industry.

Toyota, the world’s second-largest vehicle manufacturer, will halt production at two Japanese plants in June. The corporation expects the downtime will reduce its output by 20,000 units. Honda idled four of its North American facilities in March because of the part shortage.

Volkswagen furloughed over 10,000 workers because of the supply crunch, but it expects annual output to remain unaffected. Stellantis, a conglomerate that owns Dodge, Chrysler, and Jeep, temporarily close five vehicle factories it maintains in the U.S., Canada, and Mexico. in March. Moreover, Daimler announced plans to cut the hours of up to 18,500 workers in April.

American automakers have also struggled to keep their factories open amid the chip crisis. Ford reduced or paused vehicle assemblies in several North American plants through the first quarter. In the second quarter, it selectively idled plants in the U.S., Canada and Europe.

Finally, General Motors ordered temporary downtime at its facilities throughout the Americas in the first four months of the year.

Unfortunately, the chip crisis has expanded beyond the automotive sector and presently affects 169 industries. Therefore, analysts expect overall part pricing and availability will not approach normal levels until 2022.