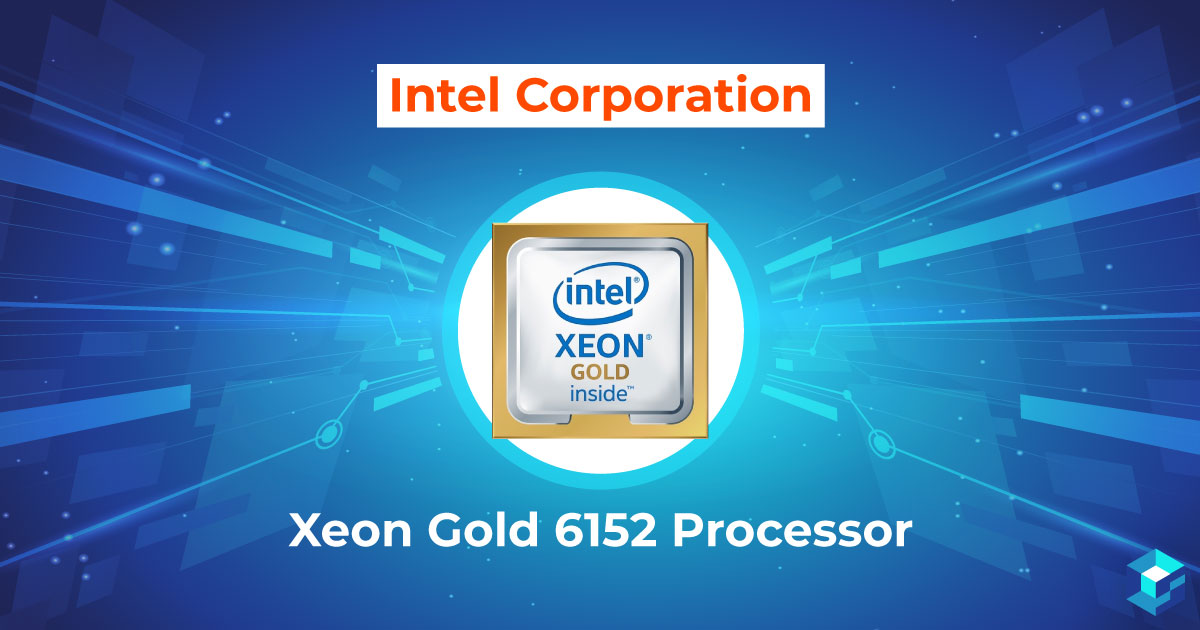 In 2019, industry analyst firm IC Insights pegged Intel as the world’s best-selling semiconductor manufacturer. The firm earned that title on the strength of its exceptional processors, which are used in millions of PCs and data centers across the world. For instance, the Xeon Gold 6152 CPU is a multifaceted and powerful microprocessor that is one of the standout components of Intel’s Skylake line.

This Skylake microprocessor has a 22 MB L2 cache that can store 1 MB per core. As such, the CPU offers remarkable speed and optimized system-wide performance. In addition, the product has a Level 3 30.25 MB memory cache with 1.38 MB per core for improved functionality.

The 6152 unit also has some very impressive memory specifications. The CPU has a 2670 MHz RAM speed, with memory channels and a bus transfer rate of 10.4GT per second. Moreover, the microprocessor can support error-correcting memory with a maximum size of 768 GB.

Intel designed its Xeon Gold 6152 CPU to provide multifaceted functionality. The chipset features high dynamic frequency scaling to minimize power consumption and noise. This CPU is compliant with Intel’s Advanced Encryption Standard, so it is capable of rapidly performing encryption and decryption tasks.

Furthermore, the 6152 microprocessor has high-performance hyper-threading capability, meaning each of its cores can address two threads simultaneously. The chipset has SSE version 4.2, which allows it to process multimedia editing tasks at high speed. Besides, the component also has F16C, FM43, and MMX instructions that improve its ability to adjust audio file volume and image contrasts.

The CPU’s architecture features AVX instruction that gives it the ability to expedite specialized processor-intensive operations. It also includes NX bit technology that segregates areas of memory for enhanced processing speed or protection against malicious attacks.

Xeon Gold 6152 processors are ideal for use in high-performance electronics like desktop computers, laptops, and server towers. With their 14 nm architecture, 22 cores, and 44 threads, they have the processing power to handle professional-grade computation.

For instance, device manufacturers would be well served by using them in workstations for professional image, video, and music editors. Similarly, AVX and NX bit-equipped computers and servers would appeal to academics and financial traders who need reliable and powerful terminals. In addition, the Intel CPU’s robustness makes it a fitting cornerstone for a high-end gaming machine.

The Microprocessor Market Trends: A Continued Growth into 2020s?