Can Moore’s Law Survive the 21st Century? Carbon Nanotube Processors and Other Technology Hold the Key

Can Moore’s Law Survive the 21st Century? Carbon Nanotube Processors and Other Technology Hold the Key 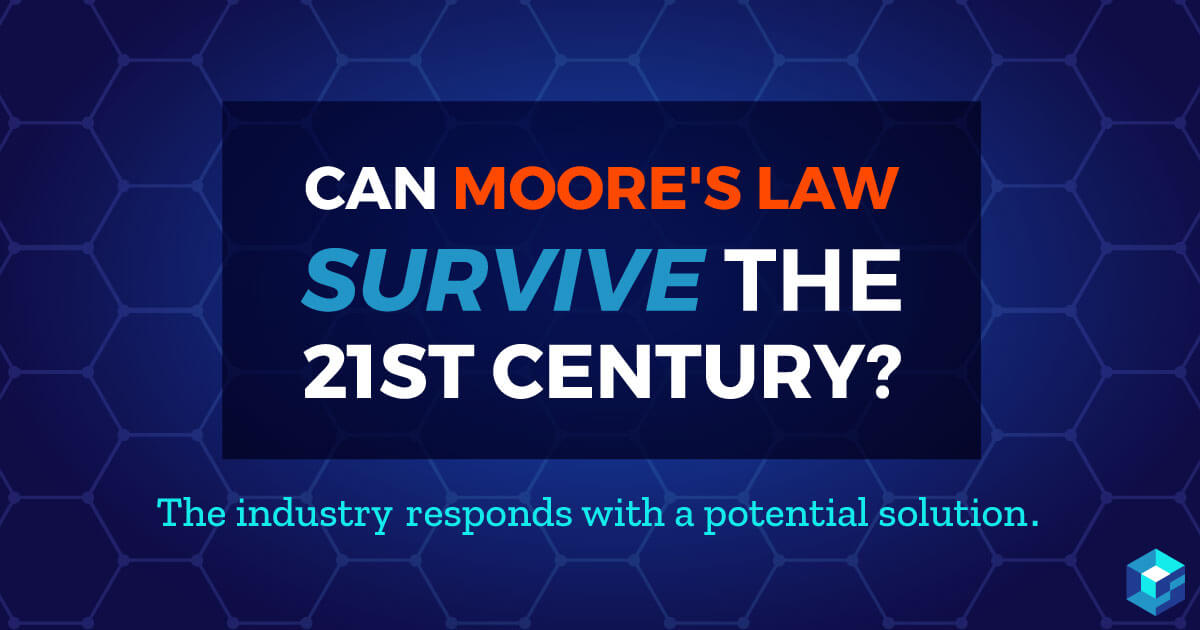 Gordon Moore is most famously known as one of Silicon Valley’s founding fathers and one of Intel’s co-founders alongside Robert Noyce. Moore also founded Moore’s Law, which states that the number of transistors in an integrated circuit doubles every two years. Moore formulated his theory in 1965, and slightly adjusted his “law” to its current form in 1975.

The law has pretty much held intact since the early 1970s. At that time, there were up to 5,000 transistors in advanced integrated circuits. Today, that figure is roughly 50 billion. At some point, designers and engineers wondered, “Wouldn’t physical space limits eventually make Moore’s Law obsolete?”

While some theories and scientific laws are iron-clad and seemingly foolproof, Moore’s Law was more of an educated guess than anything else. But therein lies the brilliance of Moore’s thinking: His prediction has held true for about three generations. Plenty of people in the semiconductor industry have been predicting the end of Moore’s Law since the Reagan administration. Even Intel’s own engineers recently said transistor size, in relation to Moore’s Law, was feasible another half-decade or so. It’s simply a calculation of how much energy transfer and heat can be produced in increasingly smaller spaces.

A few years ago, it seemed like the end of Moore’s Law was imminent, but perhaps Gordon Moore and the next generation of semiconductor and computer engineers will have the last laugh.

Emerging technology has a way of standing athwart history, yelling “Stop!” Carbon nanotubes are one of the primary methods that just may keep Moore’s Law alive for the foreseeable future.

Production challenges exist with nanotube semiconductors; one of the biggest is laying out a single layer of carbon nanotubes on wafers. Since nanotubes prefer to “bunch up” in their natural state, this has performance consequences for transistors and, ultimately, semiconductor performance.

Yet recent breakthroughs in nanotube technology show how Moore’s Law may continue for along time. For example, a recent MIT project funded by the United States Defense Advanced Projects Research Agency overcame a key hurdle in the nanotube layering problem; by using less metallic material in the transistor design, researchers implemented polymer material and a gradual cleaning process to produce the single layer desired for optimal performance.

Beyond Nanotubes: Other Advancements with Moore’s Law in Mind

Nanotube technology is just one noteworthy semiconductor technology. Others are also doing their part to extend Moore’s Law. Taiwan Semiconductor Manufacturing Corporation (TSMC), the primary chip maker for Apple smartphones and other IoT devices, is already advancing technology to make semiconductors faster and more reliable, without the need for extra physical space.

TSMC is pioneering 2.5D packaging technology with a process called Chip-on-Wafer-on-Substrate (CoWoS).This process allows multi-chip packages to be stacked on a silicon base and interconnect the different chips with through-silicon vias (TSVs).

Essentially, CoWoS allows designers and semiconductor manufacturers to add more memory and better performance with “chiplets” (stacked chips), all while keeping the physical chip size the same. In essence, CoWoS is yet another design method that should keep Moore’s Law thriving for decades to come.

And speaking of TSMC, the company’s corporate research VP, Philip Wong, thinks the demise of Moore’s Law is greatly exaggerated. Given TSMC’s CoWoS technology and the emergence of carbon nanotubes, it’s safe to say he doesn’t think Moore’s Law is going away anytime soon. When asked about Moore’s Law at a Hot Chips conference, Wong said, “It’s not dead. It’s not slowing down. It’s not even sick.”

Regardless of how semiconductor technology advances in the next few years and decades, the need for reliable electronic components won’t change. To help your company’s supply chain process, try Sourcengine™, the electronic parts marketplace leader. Schedule a demo or sign up for more information today!