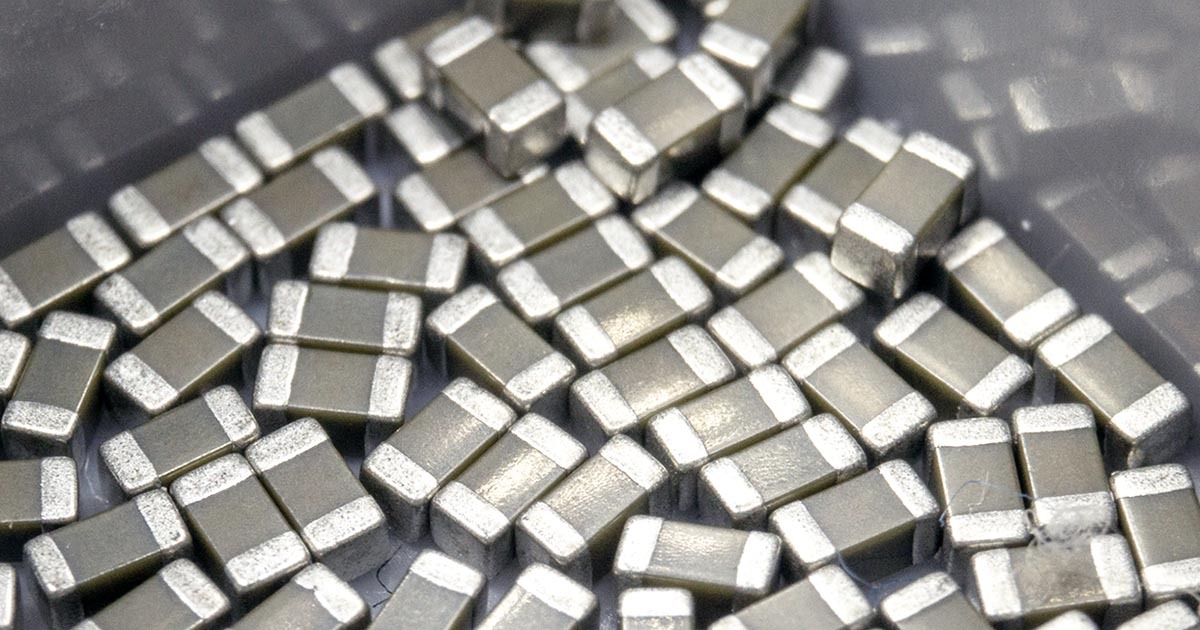 The following article is part two of our semiconductor industry predictions, insights, and trends for the coming year (2021). Part 1 of this two-part series covered predictions regarding the upcoming shortage due to the auto industry's renewed production. In addition, we also took a look at 5G and how its deployment will impact the industry as a whole.

Click here to read 2021 Industry Insight: Predictions and Expectations for the Semiconductor Sector

In today's article, we take a look at materials, new chip packing techniques, and the place of wearables in the coming year.

As 5G has become more prevalent, it has changed how certain electronic components are fabricated.

For example, manufacturers of radiofrequency (RF) parts have begun using gallium nitrate (GaN) to make their products. Component manufacturers found that GaN components offer higher power density and greater efficiency at a smaller form factor than those made with other semiconductor materials. Those attributes are beneficial in parts intended for application in high frequency 5G networks.

Component makers are increasing their output of GaN-based RF components because they enable superior performance and utility. Some nations are even subsidizing their leading domestic manufacturers to establish dominant positions in developing “third-generation” semiconductor technology.

GaN will increasingly become a default fabrication material for RF components in 2021 due to its support from corporations and governments.

In 1965, Intel co-founder Gordon E. Moore hypothesized that the number of transistors embedded in a microchip would double every two years. For decades, that concept (commonly known as Moore's Law) drove semiconductor industry innovation as firms raced to develop components with greater transistor density, higher performance, and smaller form factors.

However, in 2020, multiple chipmakers crossed the 5nm threshold, and it became apparent that Moore’s law is nearing the end of its usefulness. Soon, manufacturers will no longer be able to improve their hardware through miniaturization, as components simply cannot be made any smaller.

In brief, both companies are working to embed logic and memory circuits on a single die. These next-generation chipsets can offer greater performance with reduced latency and power consumption because of their tighter integration. The world’s largest contract chipmakers will begin mainstreaming their new techniques once their state-of-the-art chip packing factories commence mass production in 2021.

In the near-term, TSMC and Samsung’s innovations will be deployed in new consumer electronic device processors. But if the new techniques create robust end-market demand, commercial and industrial chipset production could begin shortly thereafter.

The 5G rollout and the advent of new chip packaging techniques are undeniably positive developments for the electronics industry. These advances will generate billions of dollars in consumer, corporate, and government spending. However, the rapid adoption of these innovations has created a short-term sourcing problem.

In June, DigiTimes reported the recent rise of new technologies and production methodologies had created a shortage of Ajinomoto Build-up Film (ABF) substrate.

Manufacturers often use ABF as an electrical insulation layer in their microchips. Recent cross-industry advancement trends, accelerated by the coronavirus outbreak, created considerable demand for the material. Even though vendors pushed their production capacity to the limit, their supply could not meet demand.

As all signs point to the digitalization trend continuing into 2021, so will this year's ABF substrate shortage. That sourcing problem could mean constrained availability and delayed fulfillment times for certain 5G components as well as cutting-edge central processing units (CPUs) and graphics cards next year.

The coronavirus pandemic prompted billions of people to pay more attention to their physical health in 2020. Concern over contracting the virus caused consumers to take an interest in monitoring biometric data in real-time. The health crisis also led newly homebound individuals to start working out at home as gyms became inaccessible.

Those new market priorities led to a substantial increase in wearable electronics like smartwatches and wireless earbuds this year. COVID-19’s impact on the sector will not be limited to 2020. Gartner predicts wearables revenue will reach $63 billion in 2021, up from $32.5 million in 2018.

Wise manufacturers will attempt to capitalize on that trend by launching a host of connected devices next year. As a knock-on effect, tiny memory modules, system-on-a-chips, and Bluetooth-enabled components will be in high demand.

Global Supply Chain Realignment Will Be a Major Trend in 2021

When the U.S.-China trade war began several years ago, one of its immediate impacts was making the import and export of certain goods between the two nations more expensive. In particular, the electronics sector lost billions of dollars because of new electronic tariffs.

Though the necessity of global supply chain realignment became apparent years ago, facility construction times meant its impact would become more prevalent in 2021.

The transition will undoubtedly result in some sourcing and logistics disruption, but as more nations build their own electronic component supply chains, device manufacturers will see lower shipping costs.